The Unmet Challenge of Interdependence in the EU-MENA Space: A View from the South 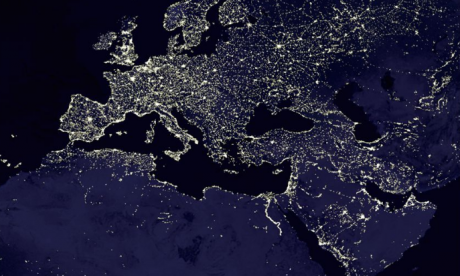 The countries of Europe and those to the South surrounding the Mediterranean, as well as those further East in the Levant and stretching to the Arab Gulf, share a long history of commerce, punctuated by alternating periods of crisis and rapid development. Crisis best describes the last decade. In recent years, their economies have shared one salient feature: European and Arab countries have failed to meet the expectations of their citizens by a wide margin. Both regions have experienced lower growth than their peers over the last ten years. All of Europe has suffered from the global financial crisis, but the European countries of the South closest to the MENA region have seen unemployment soar, and some have experienced not just recession, but depression. Meanwhile, the MENA countries have seen the disappointment of their people turn into waves of turmoil and civil conflicts, contributing to even more economic hardship. The crises to the North and South of the Mediterranean have fed on each other, resulting in diminished trade and a sharp increase in migration pressures. Overcoming these difficulties will predominantly depend on domestic political and economic reforms in European and Arab countries. However, their ability to collaborate in dealing with these shared issues matters as well.

Karim El Aynaoui, Managing Director of OCP Policy Center and advisor
to the CEO and Chairman of OCP.

Read more: The Unmet Challenge of Interdependence in the EU-MENA Space: A View from the South