Turkey: The Kurds and the Fight Against Islamic State 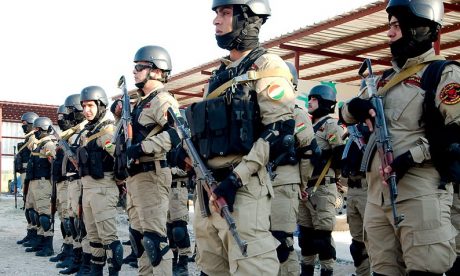 The recent escalation in fighting between Turkey and the Kurdistan Workers’ Party (PKK) threatens to worsen regional instability and set back the fight against Islamic State (IS). Over the summer, the two-year-old ceasefire between Turkey and the PKK broke down, throwing the peace process in this long-running conflict into doubt at a particularly dangerous time. A renewed Turkey–PKK conflict in southeastern Turkey and northern Iraq risks spilling over into north-eastern Syria, where the PKK-affiliated groups, the Democratic Union Party (PYD) and the People’s Protection Units (YPG), have emerged as the dominant Kurdish political and military forces over the course of the country’s fouryear civil war – and the YPG has become a key Western ally in containing IS.1 With Syria and Iraq already confronting entrenched conflict and the spread of jihadism, a Turkey– PKK flare-up now threatens to deepen the strife engulfing the region, seriously complicating European efforts to promote some measure of stability and fight IS.

In this context, Europe faces a tricky balancing act. To combat IS in Syria, Europe needs Turkish partnership, given that Turkey shares a 900-kilometre border with Syria that has been the key crossing point for IS fighters travelling to and from Europe. So far, however, Ankara has been at best inconsistent in responding to European concerns. The YPG, on the other hand, has proven to be an effective “bootson-the-ground” partner and complement to the anti-IS coalition’s airstrikes in northern Syria, albeit predominantly in Kurdish majority areas. An effective strategy in northern Syria will require the partnership and coordination of both of these actors, but the eruption of conflict between Turkey and the YPG’s sister group, the PKK, threatens a destructive new front between them.

Read more: Turkey: The Kurds and the Fight Against Islamic State