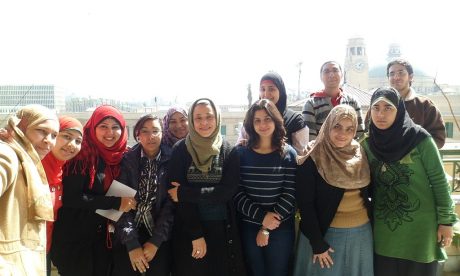 Since the uprisings of what has been popularly termed the ‘Arab Spring’ of 2011, a number of youth training programmes have been instigated by European and US cultural institutions to build local capacity and respond to growing demands among young people in the Middle East and North Africa (MENA) region to engage in new forms of civil society activism and prepare themselves for a fuller civic role.

Not all such programmes have survived the vicissitudes of the past five years, and the circumstances have not always been propitious for young people in the MENA region to contribute to shaping their own futures. The regional reality – including in Tunisia, which has made the greatest progress towards a democratic transition since 2011 – is that the majority of those in the 18–25 age range1 have largely disengaged from formal political participation. For those whose formal educational experience has been poor or deficient, access to channels for civic participation, within or outside political parties, remains extremely limited. Where these channels do exist, they rarely address the needs of youth in neglected neighbourhoods and isolated rural communities. The young and educated, in turn, are discovering that the skills they have acquired in the region’s formal education systems do not equip them adequately for the changing demands of the workplace in employment markets that are still precarious. Since the ‘Arab Spring’ they have therefore become more focused on their own personal and professional development.

Young Arab Voices’ (YAV) is a regional programme aimed at developing skills and opportunities for youth-led debate across the Arab region, and supporting youth to speak up and be heard. Jointly launched in 2011 by the Anna Lindh Foundation and British Council, YAV has already involved more than 80,000 young people in debating activities across Algeria, Egypt, Jordan, Libya, Morocco and Tunisia. The Programme is built and delivered through partnerships with universities, schools and NGOs, ensuring the involvement of young people from diverse social and geographical backgrounds.