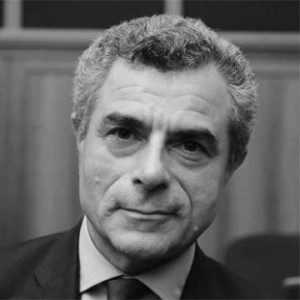 Mauro Moretti is Chief Executive Officer and General Manager of Leonardo-Finmeccanica Spa. He began his career in 1978, when he was selected for a managerial position in the Italian State Railway Corporation. Since then he has held many positions within the company, including Director of the Network Rail Strategic Business Area and Chief Officer of Rete Ferroviaria Italiana Spa (RFI) in 2001. From 2006 to 2014, he served as CEO of the State Railways Corporation which, and under his guidance, became Ferrovie dello Stato Italiane. In March 2015, he was appointed President of the AeroSpace and Defence Industries Association of Europe (ASD). In September 2015, he was appointed Co-Chairman of the Italy-Japan  Business Group. In 2014, he was made Honorary Chairman of AIAD, the Italian Federation for Aerospace, Defence and Security, and he has been President of the FS Foundation since 2013.