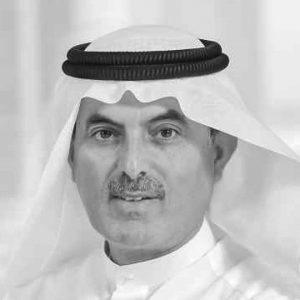 Abdul Aziz Abdulla al-Ghurair is Director and Chief Executive Officer of Mashreq Bank. He joined Mashreq Bank (Bank of Oman) in 1977. He has been board member of the bank since 1979. In 1989, he was appointed Director and in 1991 became Chief Executive Officer. In August 2006, Mr. al-Ghurair was appointed Chairman of the Arab Business Angels Network. In February 2007, he was elected Speaker and President of the UAE Federal National Council (the UAE Parliament). He is also Chairman of the UAE Banking Federation, Vice-Chairman of the higher board of the Dubai International Financial Centre as well as Chairman of the Oman Insurance Company. Abdul Aziz al-Ghurair has high academic qualifications, gained from specializing in industrial engineering, and earned an honorary degree from the California Polytechnic University in the US.