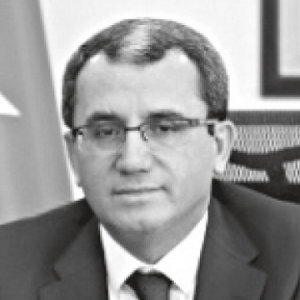 Mr. Ahmet Yıldız was appointed as Deputy Foreign Minister of Turkey in 2016. He has been a member of the Foreign Affairs Ministry since 1989. Mr. Yıldız worked as Deputy Head of the mission at the Damascus Embassy between 2000 and 2002 and 2005-2006, and also worked as Deputy Head of mission at the Riyadh Embassy between 2004 and 2005. From 2006 to 2008, Yıldız served as Turkey’s Consulate General in Jeddah. Additionally, he was appointed as the Department Head of the Foreign Ministry in Iraq between the years 2008-2009 and worked as Turkey’s consulate general in Mosul from 2009 to 2011. From 2011 to 2014, Yıldız was Turkey’s Ambassador to Sarajevo. Since 2014, he has served as the principal consultant to the Prime Minister, in addition to serving as a member of the Foreign Policy Consultative Committee. When then-Prime Minister Recep Tayyip Erdoğan was elected President of Turkey, Yıldız was appointed as the principal consultant on foreign policy for the presidency.