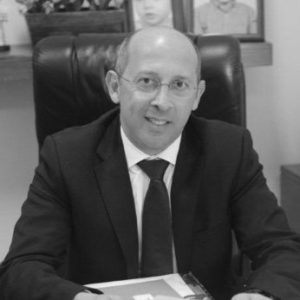 Alain Aoun is Vice-Chair of the Defense & Interior Committee in the Lebanese Parliament. He moved to France and in 1990 co-founded the “Rassemblement Pour Le Liban” (RPL) the official organ of the Free Patriotic Movement (FPM) in France. He held several senior positions within RPL France and then within FPM in Lebanon after his return in 1995, including the position of Secretary of the Movement. He was part of all the activities that FPM conducted against the Syrian presence in Lebanon in France as well as in Lebanon, and was arrested several times. He actively participated through the FPM in the latest Cedar Revolution that ended with the Syrian withdrawal from Lebanon and the return of General Michel Aoun from exile in 2005. Alain Aoun is currently serving in the Lebanese Parliament representing the Baabda District. He is also part of the Change & Reform parliamentary bloc headed by General Michel Aoun. He is one of the senior leaders in the FPM.