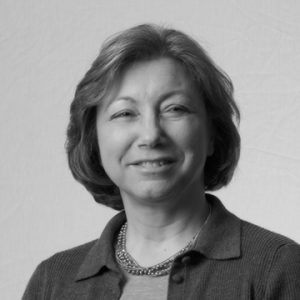 Bassma Kodmani is a co-founder of the Arab Reform Initiative, where she has served as Executive Director since 2005. She holds a PhD in Political Science from SciencesPo in Paris, and is the author or editor of seven books on Middle East conflicts and politics. From 2007 to 2009, she served as Senior Advisor on international cooperation at the French National Research Council, and as an advisor to the Director of the Académie Diplomatique Internationale. Bassma Kodmani took a temporary leave from the Arab Reform Initiative in 2011 to become Head of Foreign Relations and Spokesperson at the Syrian National Council, the opposition coalition seeking democratic change in Syria. In 2016 she joined the delegation of the democratic opposition in the Geneva peace talks on Syria. She is also the co-founder and treasurer of the Initiative for a New Syria, an NGO based in Paris which supports democratic civil society in Syria.