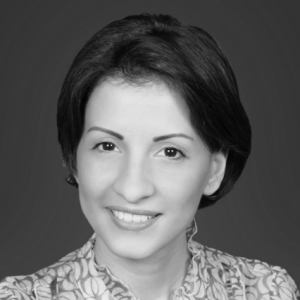 Dalia Ghanem-Yazbeck is an El-Erian Fellow at the Carnegie Middle East Center in Beirut, where her work examines political and extremist violence, radicalization, Islamism, and jihadism with an emphasis on Algeria. She also focuses on the participation of women in jihadist groups. Dalia Ghanem-Yazbeck has been a guest speaker on these issues at various conferences and a regular commentator in different Arab and international print and audio-visual media.  Before becoming an El-Erian Fellow, she was a Research Analyst at the Carnegie Middle East Center. Prior to joining Carnegie in 2013, she was a teaching associate at Williams College in Massachusetts and she also served as a Research Assistant at the Center for Political Analysis and Regulation at the University of Versailles.