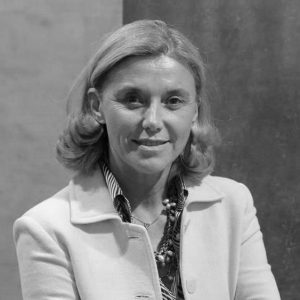 Elisabetta Belloni has been Secretary-General of the Italian Ministry of Foreign Affairs and International Cooperation since May 2016, after holding the post of Chief of Cabinet of the Minister of Foreign Affairs and International Cooperation of Italy from 2015 to 2016. She served as Chief of Cabinet to the Under-Secretary of State in charge of European Affairs from 2002 to 2004. As Head of the Crisis Management Unit of the Ministry of Foreign Affairs from 2005 to 2008, she was in charge of the Italian response to major international crises and natural catastrophes, including the tsunami. From 2008 to 2012, she was Director General for Development Cooperation in the Italian Foreign Ministry, and between 2013 and 2015, she was Director General for Human Resources, Budget and Innovation in the Italian Foreign Ministry. She was promoted to the rank of Ambassador in January 2014.