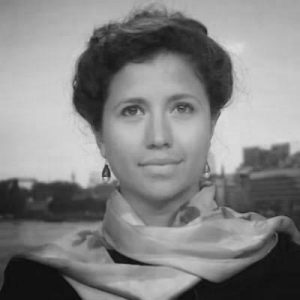 Ellie Geranmayeh is a Policy Fellow for the Middle East and North Africa Programme at the ECFR. She focuses on European foreign policy in relation to Iran, particularly on the nuclear and regional dossiers in addition to Iran’s domestic politics. Ellie Geranmayeh closely followed and advised on the nuclear negotiations between Iran and world powers from 2013-2015. She is author of “Détente with Iran; how Europe can Maximise the Chances of a Final Nuclear Deal” (2014), and of “Engaging with Iran: A European agenda” (2015). She has testified on these subjects before the European Parliament’s Foreign Affairs Committee (October 2015). From 2011 to 2013, Ms. Geranmayeh worked at the Herbert Smith Freehills LLP law firm (based in London and Tokyo), where she gained experience in public international law and sanctions regimes. She received a BA in Law and an MA from the University of Cambridge.