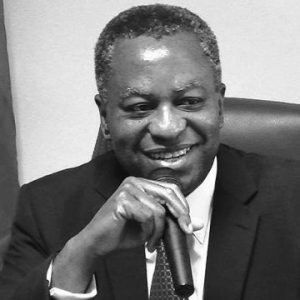 Geoffrey Onyeama is Minister of Foreign Affairs of the Federal Republic of Nigeria. He received his Bachelor’s degree in Political Science from Columbia University in 1977 and proceeded to St. John’s College Cambridge for another Bachelor’s degree in Law and a Master’s in Law in 1980 and 1984 respectively. He was enrolled in the British Bar and the Nigerian Bar in 1981 and in 1983 respectively. Geoffrey Onyeama has had a rich working career in various capacities from 1988 to date. He started working as an Assistant Programme Officer in 1985 at the World Intellectual Property Organization and rose to the rank and position of Deputy Director General, Development Sector, a position he occupied until his appointment as Minister of Foreign Affairs in 2015.