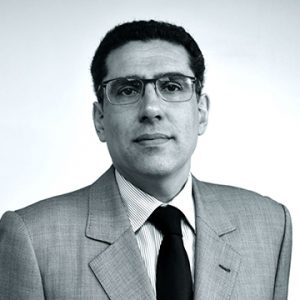 Karim el-Aynaoui is Managing Director of the OCP Policy Center, a think tank based in Rabat. He also serves as advisor to the Chairman and Chief Executive Officer of the OCP Group, a global leader in the phosphate sector. From 2005 to 2012, he worked at Bank Al-Maghrib, the Central Bank of Morocco. He was also in charge of the Statistical and International Relations Divisions of the Central Bank, led the research division and was a member of the Governor’s Cabinet. Karim el-Aynaoui worked for eight years at the World Bank in its Middle Eastern and North Africa and Africa departments as an economist. Recently, he co-authored a book outlining a growth strategy for Morocco and was the guest editor of a special issue on food price volatility. He is a board member of the OCP Foundation, a member of the Strategic Advisory Board of the French Institute of International Relations and a member of the COP22 Scientific Committee.