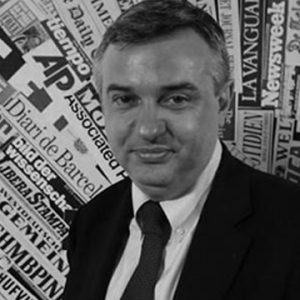 Maurizio Molinari has been the Editor in Chief of “La Stampa” since 2015. He is specialized in foreign politics and international issues, in particular regarding the United States. A journalist since 1984, he has been a correspondent from Brussels and at “La Stampa” since 1997; he has dealt with foreign politics and security, also writing for “La Voce Repubblicana”, “Il Tempo”, “L’Indipendente”, “L’Opinione”, “Il Foglio” and “Panorama”. He reported from the Balkans, Iran, Iraq, North Africa, Turkey and the Horn of Africa. His latest books are: “Il Califfato del Terrore. Perché lo Stato Islamico Minaccia l’Occidente” (2015), and “Jihad. Guerra all’Occidente” (2015).