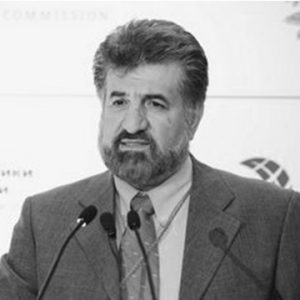 Nasser Hadian is Professor in International Relations and Law, Tehran University. He obtained a PhD in Political Sciences, University of Tennessee, Knoxville, and from 1992 to 1995, he was the Director of the Political Development Programme at the Center for Strategic Research .From 1996 to 1998, he was Professor of Political Sciences, Faculty of Law and Political Sciences, University of Tehran, where he also served as the Director of Graduate Studies. He was a Visiting Professor and Research Scholar at the Middle East Institute and Middle East and Asian Languages and Cultures Department, Columbia University, from 2001 to 2004. His areas of scholarly and research interests include contemporary Iranian politics, Iran’s nuclear programme and Political Islam.