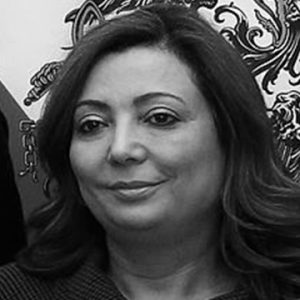 Ouided Bouchamaoui is President of UTICA: the Tunisian Confederation of Industry, Trade and Handicrafts (Confederation of Private employers). She holds a DESS (Master’s degree) in International Business from Institut Supérieur de Gestion of Tunis (ISG Business School) and a DESS in International Trade Law from the Faculty of Juridical and Political Sciences of Tunis 2. She leads the Hedi Bouchamaoui Group, a family-owned business spanning more than a hundred years. In 2013, she was named “Best Business Woman of the Arab World”. The same year, she founded “The Tunisian National Dialogue Quartet”, along with the Tunisian General Labour Union, the Tunisian Human Rights League, and the Tunisian Order of Lawyers. The quartet initiated negotiations with all parties involved in a deep political crisis, resulting in a solution acceptable to all. For this initiative she was awarded the Nobel Peace Prize in 2015.