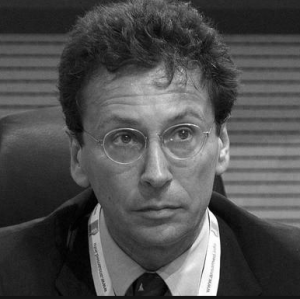 Stefano Polli is the deputy Director of Ansa (Agenzia Nazionale Stampa Associata), Italy’s leading press agency and one of the most prestigious in the world. He has worked for Ansa since 1988, covering some of the most relevant international events: from meetings (EU, G7, G8, G20, UN, NATO) to wars (First Gulf war and Iraq war, Balkan wars, Albanian civil war, conflicts in the Horn of Africa). He has been Ansa’s lead reporter covering the Italian President of the Republic from 1990 to 1998. Stefano Polli is a professor of European Journalism at Lumsa University in Rome and the author of several books about Europe and news agency journalism. In 2012, he has published a novel, “Beyond the sea” (“Oltre il mare”).